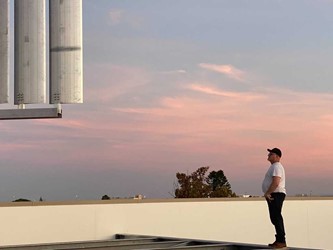 DALLAS, TX Hover Energy, LLC (“Hover”) and RealTime Group (“RealTime”) today announced they have entered into a long-term Master Services Agreement to accelerate the development and deployment of the Hover Array System (“HAS”) and its much-heralded Integrated Energy Management System or “IEMS”.  The HAS & IEMS are centered around Hover’s patented wind turbine array system and have been designed to be mounted on commercial and industrial building rooftops.  In December 2020, in cooperation with RealTime Group, JLL, Prime Controls, Jabil, and Gray Construction, Hover installed its product on the rooftop of Jabil Strategic Development in St. Petersburg, Florida for final testing prior to initiating commercial manufacturing.  RealTime has been working closely with Hover for over two years – and the MSA signed today is a testament to the commitment the two companies have to each other.

“This relationship has been a win-win from day one.  Dave Felio (CEO) and his gifted team of engineers are not only top-notch in engineering technologies in multiple disciplines, but also a pure joy to work with.  Can’t imagine scaling up with anyone more capable than RealTime!”

The Hover/RealTime partnership will focus on continued testing and a clear mandate to maximize the performance of an already groundbreaking discovery, thereby making the HAS & IEMS as safe, productive, efficient, and reliable as possible. 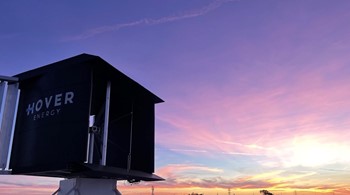 Headquartered in Dallas, TX, Hover’s goal is to help convert the built environment into a power source, transforming the way people think about renewable energy through significant increases in power generated per square foot. Hover’s wind-powered microgrids provide onsite, high-density, renewable energy at a competitive price. Our technology combines superior aerodynamics and stability for use in a wide range of applications.